I recently got to dive deep into the minds of Dan Briggs (BTBAM, Trioscapes) and Adam Fischer (Fear Before The March Of Flames) for their experimental rock collaboration, ORBS. ORBS is an experimental supergroup featuring Dan Briggs, Adam Fischer and the ever beautiful Ashley Ellyllon (Cradle of Filth, Abigail Williams) that really breaks boundaries of where music is headed these days. The first time I heard them was back in 2010 with the release of their debut album, Asleep Next to Science. It was different from anything I had ever heard; so different in fact that I was hesitant in purchasing it at first. After a few listens, I knew there was something special with this group, and I instantly needed more. It’s somewhat rare to find a group configured of well rounded musicians from many parts of the musical spectrum and get something so unique and different from each of their other projects. During our brief interview, we covered all the bases including musical inspiration, recording processes, and themes in their upcoming album, Past Life Regression. Past Life Regression is due in stores July 15, 2016 through Dan Briggs own, Hogweed & Fugue Records, via Equal Vision Records. 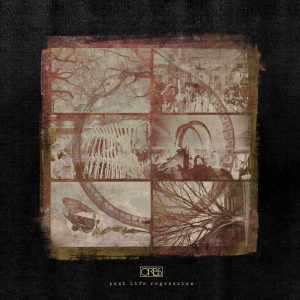 Side note: The only downside for doing e-mail interviews is the lack of personality, not from the subjects interviewed, but from us the interviewer. It’s hard to judge how the questions will be answered, and having multiple questions in one can be overwhelming to those being interviewed. There are many times I would have loved to interject and expand on their answer, which I have included in different color font to stand out (maybe they will respond?!?) Either way, while less personable, it is always a great opportunity to be able to interview a band filled with such talented individuals as ORBS. We really hope you enjoy reading through this as much as we did! 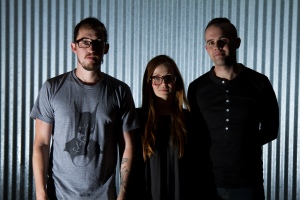 Dan Briggs (DB): It doesn’t actually work like that, having a bunch of music and deciding what goes where. I usually get in a mindset that I’m writing for a certain group or that I’m writing off of someone else’s material they’ve presented. Like you said though, they’re vastly different so I wouldn’t use something I wrote for Orbs for Trioscapes, there’s not even a question as to which group it works best for.

Adam Fisher (AF): I try to take a different approach with every project and fortunately they’re all quite unique (I think) so I can usually decide what delivery makes sense. Mostly though, I just try singing stuff and when someone stops saying “knock that the f**k off!” I go with that take.

Well, at least you have a general idea of what everyone thinks will work for the sound and direction you are trying to achieve. So that’s a plus!

DB: Musically it’s a big step forward. I think people have been able to tell by the three songs we’ve released so far that the album is very dynamic and adventurous. It’s been a continuation on playing with song formats and never repeating ourselves. There are a couple tracks on the back side of the record that are so different, in terms of not having a chorus or many repeated phrases but a cohesiveness that’s even better than we had on the first record. Ashley and I just got a lot better realizing the potential of our freedom and not sticking to any sort of “Orbs sound” from the first album.

AF: I think musically you still hear Dan and Ashley’s sensibilities in there, but it comes off as a darker record. That really allowed me to get into a more comfortable territory. A lot of people thought Asleep Next To Science was a very spacey and nature centered record. This one has a similar vibe but just in a much darker sense. I was able to still tap into those things but from a very different perspective. Also, I hit puberty between records so my voice is a little lower.

HAHA, not sure if joking or just a great sense of humor, either way LOVE IT.

DB: Of the three songs released I’d say all but “Dreamland II” tie in with the theme of reincarnation, past life exploration, second chances. Adam found really creative ways to play with that theme in so many different ways. I’m really excited for people to hear how uplifting it comes across on “Death is Imminent (However, Relative)” and how gross and gruesome it is on “Not That Kind of Ouroboros.”

AF: From a lyrical standpoint I can honestly say I didn’t start with the intention of a theme. I had however been dealing with a lot of death and thoughts about what comes next. Dan kind of recognized that and came up with the album title. As for the flow of the music I can’t say for certain but I’m pretty sure Dan and Ashley just post the sheet music and throw darts at it and whatever comes up that’s the order. Honestly, I thought the last song should have been first.

Having a tough time getting the picture of Dan and Ashely throwing darts at the sheet music out of my head now, thanks 😛

DB: I’m all over the place; progressive rock, krautrock, free jazz, fusion, Stravinsky, Bartok, 90s alternative rock, 80’s shoegaze, hyperactive new wave…just so much. We definitely all have very different influences within the band and nothing is off the table as far as trying anything out!

AF: Everything. I love so much music. When I hear musicians with super low and good singing voices I’m influenced to just quit, so it makes me try extra hard to not suck. I also love Bear Vs. Shark, Third Eye Blind; I’m listening to old Piebald right now as I type this. I listen to a lot of hip-hop as well. I think mostly lyrically I’m influenced by movies. I reference certain ones on the album but I can’t tell you where or which films cause what is the fun in that??? I read a book this one time too.  I guess that was an influence.

DB: My mom was a music teacher and started me on saxophone when I was 9 and then on guitar when I was 10. It was the early 90s, so songs by bands like Oasis and Nirvana were on the radio non stop, and they were songs that were pretty good to learn as a beginner. I had my first band when I was 12 and 20 years later it still hasn’t stopped.

AF: Most will laugh at this; I got my start by performing in musicals. Specifically I was Oliver in Oliver Twist. I had a bowl cut and a solo! Shortly after getting my cassette tape of Dookie by Green Day banned I was turned on to Counting Crows’ August and Everything After and it just kind of clicked. I jumped around my room for 6 months playing my completely out of tune guitar before I finally learned how to even tune it.

DB: We were writing the album on and off after the first record came out in 2010 and recorded in 2013, and then it was just waiting for it to get mixed, get the art done, work out the label details…each step took longer because we were doing it ourselves and not really working with any sort of time frame. At least it all got done right and I’m super proud of the final product and excited it’s time for it to come out!

That makes sense, I don’t know much about the business side of things in the Music Industry, but I do know that getting everything to go according to schedule is not always easy!

AF: Just a lot of guilt. It all about coming to terms with really damaging someone and taking responsibility for it.

DB: This one was totally pieced together. We did the drums first in Greensboro, NC and then I stayed at Legitimate Business studio for about two weeks recording all the guitars for a song and then moving to bass, and then all the guitars for the next and then bass….it was a LONG two weeks with all the days meshing together and going slightly insane. Then our engineer Kris Hilbert and I flew out to Long Beach, CA and recorded Adam’s vocals right in his house for a solid week. Adam goes super hard with his voice singing, he doesn’t hold anything back, so we wanted to make sure we had a lot of time so he didn’t blow it out. Ashley did her keys at home and recorded some piano at a studio location in LA and sent her files east. It’s the way that worked best with everyone’s schedules and our budget. I’d love to do it where we’re all in the studio at the same time hearing the album come to life piece by piece.

It’s interesting when a band records like this and it flows so well that you would never really know it was recorded in different parts of the US. . . Unless of course you read this interview.

AF: We don’t really look at each other. We’re mostly like “want to make this record? Cool, see you later”

So long as you keep making this wonderful music, that is all that matters to us! Thank you guys so much for taking the time to respond, I know your lives are busy with all that is going on in your lives. Dan, I will see you in Louisville in September on the BTBAM/DTP tour, which I am so f*cking excited for!

Again thanks so much, I look forward to hearing the whole album in a like a week or so. If you guys tour with ORBS, please consider St. Louis we’d love to have you!

Pre-Orders  for Past Life Regression are available here.